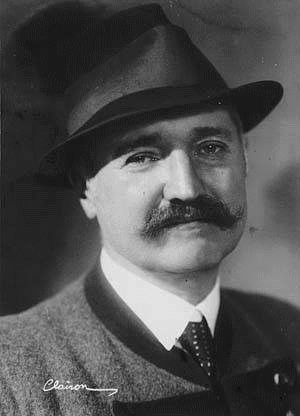 Translator’s note: This is the first part in a series of posts translating the work of Austrian Legitimist philosopher Hans Karl Freiherr von Zeßner-Spitzenberg (1885-1938), an active member of the Kaiser-Karl-Gebetsliga and a martyr for the cause of Austrian independence from the National Socialist occupation. Read Part II, Part III, Part IV.

The law of hereditary succession of European rulers according to the indisputable Rule of Primogeniture is the first amongst all conceived earthly guarantees of any success at all, the foundation of the Legitimacy of all the rest of just relations, thus of national fortune: its violation in a single State is a universal calamity for all co-existing States.

Condemned: The injustice of an act when successful inflicts no injury on the sanctity of right. It is lawful to refuse obedience to legitimate princes, and even to rebel against them.

According to the Catholic social conception, the nature of sovereignty appears most clearly when it is familial, that is to say, when the family is its bearer and the family stands as the sponsor of the body politic. As in the family other rights will be imparted through hereditary inheritance from generation to generation, so in this case also sovereignty. That family, which bears the spirit of the State, or who— as was the case especially in Austria— even created it, gain the hereditary right to preserve it. Nowhere does this appear more obviously than in the development and continuation of the multi-national monarchy of the House of Austria. Especially in the Pragmatic Sanction, that “Indivisible and Inseparable” interdependency on each other which the Countries acknowledged and committed to, distinctly manifests itself, since the Countries were united amongst themselves through the indivisible, identical hereditary succession into a common dynasty and multi-national monarchy.  Thus they proceeded through that line of equal inheritance for the head of the family and for the Crown of each country, from a mere personal union to the Real Union of the later empire of the House of Austria. A number of sovereignties so flowed together into a common power. Without violation of the sovereignty of each of the Countries and its historic crown, that Arch-House, i.e. the family, in the sovereignty of its own House, could in 1804 raise the entirety of the Hereditary Lands to the Imperial Rank.

This heritability in the transmission of the right to Sovereignty over the State is further an exceedingly significant factor for the lawfulness, the legitimacy of regnal power, which is the paternal authority of the respective actual rulers over their countries and their peoples, wherever this great and noble connection between the family and the institution of Sovereignty remained safeguarded. We shall therefore now concern ourselves with the lawfulness of the attainment of sovereign power.

This is a necessity not only for the bearers of that sovereign authority, which arose out of the family, but even for those who, because they have arisen from the community, therefore bear no monarchical character.

Because of this, it is not merely a consequent phenomenon of the family, but rather a foundational moral element of supreme authority as such. The modern attitude of this day indeed categorically denies a demand for Legitimacy and a question of Legitimacy. The reason that Jellinek [Translator’s note: a 19th century Austrian lawyer and professor of Public Law] (General Theory of the State Chapter IX) trenchantly gives for rejecting it, is that one would then have to accept a Natural Law above positive state law and international law, and one must thereby misjudge the distribution of powers. This concept is separated from Catholic Social Teaching by a whole world of ideas. For we see positive powers and orders as situated in the framework of the Eternal Order of the World, subject to the Natural Moral Law and its power of correcting the positive laws of men. And thus there must be for public authorities, a question of legitimacy and requirement for Legitimacy. In that case however, we may not pretend as if actual existence was in all circumstances already lawful in itself and hence even fundamental, a “touch-me-not”. Here the very word that set this challenge before us truly proves valid: the principles of Catholic morality must be applied to the public life and the just relations of peoples.

One aspect of this great question, and in fact one particularly treated with neglect, is precisely the question of Legitimacy. With universal precepts such as: all forms of government are equally permitted, the actually existing state must receive obedience, all authority comes from God, etc., the kernel of the issue has merely been delicately avoided, nothing has been done to crack its shell. The Biblical verses cited in this regard are too often given a sense that comes alarmingly close to the doctrine of “might makes right.”

The complete disorientation in this area we owe to the prejudice in favor of the teachings of Legal Positivism, in which we are ensnared more than we like to admit. According to them the existing laws of existing State authority are to be regarded as the source of Right, and positive rights and a positive legal order shall be respected as if free from any dependency on a fundamental moral order and free any of responsibility before the Eternal Judge. Whereas we now reject with indignation this Legal Positivism for judging right and wrong in private matters, our indignation essentially fails to take action where it concerns public law itself, especially that of the highest authorities themselves. And nevertheless even public law, the Right of States and of State authorities, must again be subordinate to the demands of Catholic morality, in accordance with the ordering of the Eternal Laws. Setting about this work with our convictions, there shall emerge from the mustard seed of sparse Christian Dogmatic principles for public life in general and for our problem of the Lawfulness (Legitimacy) of public authorities in particular, a rich, branching, living tree of clear legal requirements.

2 thoughts on “Legitimacy and Legality Part I: The Introduction” 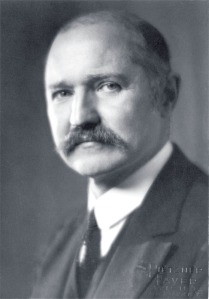 Legality is by no means equal to Legitimacy.