The War for Christendom is a series of three books in the process of being written, as a fictionalized account of the prophesied Restoration of Christendom. This website also serves as the headquarters of the Hapsburg Restoration Movement.

The Hapsburg Restoration Movement* is the direct successor and revival of the Restoration Movement which began in 1923, as well as the indirect successor of the Zentralkomitee der Monarchistischen Bewegungen (Central Committee of Monarchist Movements) (1938-1944) and The Restoration Association (1945-1994). The Movement exists to restore the Catholic order of Christendom, and return the Holy Roman Emperor to his rightful place as the Temporal Head of Christendom. Those interested in officially joining the Movement can email me (the Knight Commander) through the contact page.

Unfortunately, due to technical difficulties we are not processing new members at the moment.

All personal information will be kept strictly confidential; 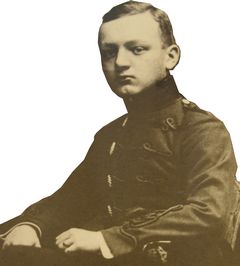 *(A Note on the Movement’s Name)