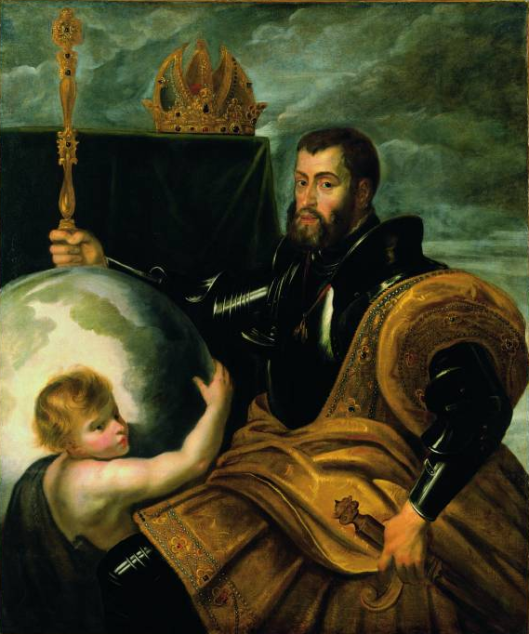 For neither do we say that certain Christian emperors were therefore happy because they ruled a long time, or, dying a peaceful death, left their sons to succeed them in the empire, or subdued the enemies of the commonwealth, or were able both to guard against and to suppress the attempt of hostile citizens rising against them. These and other gifts or comforts of this sorrowful life even certain worshippers of false gods have merited to receive, who do not belong to the kingdom of God to which these belong; and this is to be traced to the mercy of God, who would not have those who believe in Him desire such things as the highest good.

But we say that they are happy if they rule justly; if they are not lifted up amid the praises of those who pay them sublime honors, and the obsequiousness of those who salute them with an excessive humility, but remember that they are men; if they make their power the handmaid of His majesty by using it for the greatest possible extension of His worship; if they fear, love, worship God; if more than their own they love that kingdom in which they are not afraid to have partners; if they are slow to punish, ready to pardon; if they apply that punishment as necessary to government and defence of the commonwealth, and not in order to gratify their own enmity; if they grant pardon, not that iniquity may go unpunished, but with the hope that the transgressor may amend his ways; if they compensate with the lenity of mercy and the liberality of benevolence for whatever severity they may be compelled to decree; if their luxury is as much restrained as it might have been unrestrained; if they prefer to govern depraved desires rather than any peoples whatever; and if they do all these things, not through ardent desire of empty glory, but through love of eternal felicity, not neglecting to offer to the true God, who is their God, for their sins, the sacrifices of humility, contrition, and prayer. Such Christian emperors, we say, are happy in the present time by hope, and are destined to be so in the enjoyment of the reality itself, when that which we wait for shall have arrived.