The Theory of the Universal Empire 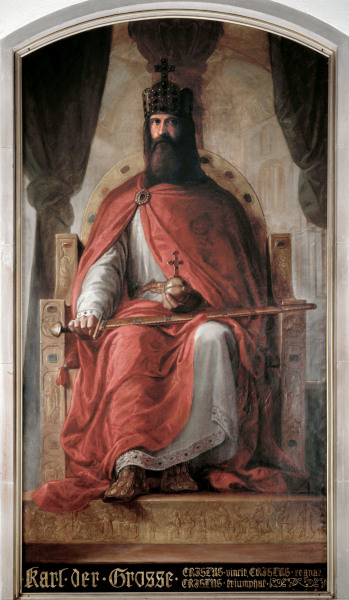 A king could not be universal sovereign, for there were many kings: the Emperor must be, for there had never been but one Emperor

Christendom, true European Civilization, has always held Universality and the Common Good as its ideals. The heresy of Nationalism, the corruption of the virtue of Patriotism, has always been opposed by those wholeheartedly seeking the restoration of Christendom throughout the world. Yet what solution can we offer the world as it sinks slowly back into a kind of sham identitarian and barbaric tribalism, in the face of the Civilizational threat of Islam?

The solution must first and foremost be founded on a principle of legitimacy, of rule of law, and of rule under the law. It is from the law that the ruler acquires his limited sovereignty; not from the ruler does the law receive its authority. It is thus that reason and liberty are safeguarded from arbitrariness and tyranny. This legitimacy has its embodiment and defender in the office of the Holy Emperor, made great through piety and humility, his authority alone granted by the representative on earth of the Highest, and yet subject to the same law which governs all men of good will and guides them to the Common Good.

“Imperator est monarcha omnium regum et principum terrenorum”, we are told by the Roman Pontiffs, “the Emperor is the monarch of all the Kings and Rulers of the Earth”, which was acknowledge by the Kings of old,  “Nos reges omnes debemus reverentiam Imperatori, tanquam summo regi, qui est Caput et Dux regum”, “We kings ought to give due reverence to the Emperor, as supreme King, who is the  head and commander of kings.” In this sense a Catholic Restorationist is a monarchist, not in sense of stating that every state must be governed by a monarch, rather, that he seeks to restore the universal Monarchy under which kingdoms and all just governments flourish in peace.

The failure of all modern attempts at Supranational jurisdiction rests partially in the fact that they fail to grasp the concept of subsidiarity, that a universal jurisdiction can and must exist without universal centralization. Nationalists simply wish to create a microcosm of the same flawed centralized system in increasingly balkanized countries. It is here however, that the Holy Empire of Christendom succeeds. Kings and Rulers exercise their authority sovereignly and independently, and yet are rightly subject to the law. Unique cultures and peoples develop organically and separately, and yet are bound together by a common Civilization. The Holy Empire lasted through peace and crisis and war for more than a thousand years, resisting a continual barbaric destruction, promoting good and freedom. Has the European Union lasted even a hundred years? Will any Nationalist government last more than fifty?

The Restoration of Christendom and the Empire is not a perfect solution, nor in this world will one ever be found, for “that war is never ended which defends the sanity of the world against all the stark anarchies and rending negations which rage against it for ever.” However, if we are to fight this war, defending the good and free as we might when each day comes, we stand a better chance fighting bravely under the gold and sable banner of Authority than alone and isolated as the black tide overtakes us.

3 thoughts on ““One Monarch Sufficed for the World…””