Just War in THE WAR FOR CHRISTENDOM

“The true soldier fights not because he hates what is in front of him, but because he loves what is behind him.” – G.K. Chesterton 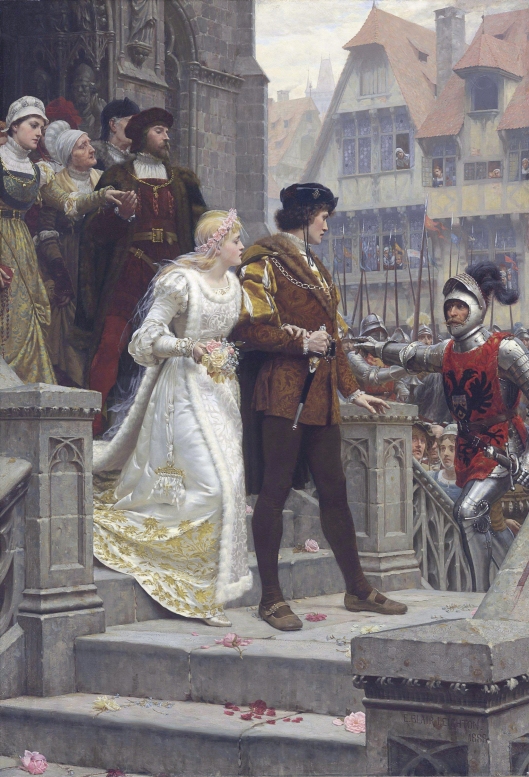 The Crusades are often looked upon now days as an unjust aggression against a peaceful and superior culture. Yet that culture had invaded the Catholic Roman Empire, and had threatened to utterly destroy it. Good Catholic men (each with his wife’s permission, of course) would go forth to fight and more importantly to defend the remnants of true Civilization left to them (see my previous post on The Crusader Count). Now in our Modern Times we are externally more civilized, yet can we today defend the much fewer remnants of true Civilization left to us?

The Heroes and soldiers of The War for Christendom, are fighting such a war of defense, a war for Christendom and the Church. The tyranny of the UN and the Golden Caliphate is resisted not so that anarchy can reign, but so that true order can be restored.

War is not something which can be glorified; rather, the just and holy actions of those in warfare are glorious by the nature of justice and sanctity. Yet the war itself may be Just and even necessary, as were the Crusades.

The War for Christendom tells of a time of great darkness, in which it has become necessary for some faithful Catholics to take up their swords (yes literally swords; more on this later) in defense of Church. Others are martyred and their deaths are a bright witness in the midst of evil, yet it is by the efforts of the soldiers who fight because they love the Church, that Christendom is restored and glorious comes the holy dawn.

Can such a time come to our world, when we must take up our own swords (figuratively)? Unfortunately, yes, and it seems that this time is well nigh upon us. In this time above all it would do us well to remember Christ Our Lord’s words, “he that hath not, let him sell his coat, and buy a sword.”

I will leave you with these words of warning:

Courage will now be your best defense against the storm that is at hand- that and such hope as I bring. For not all the tidings that I bring are evil. But leave your trowels and sharpen your swords!*

*The Lord of the Rings: The Return of the King J.R.R. Tolkien

1 thought on “…Because They Love What They Left Behind”