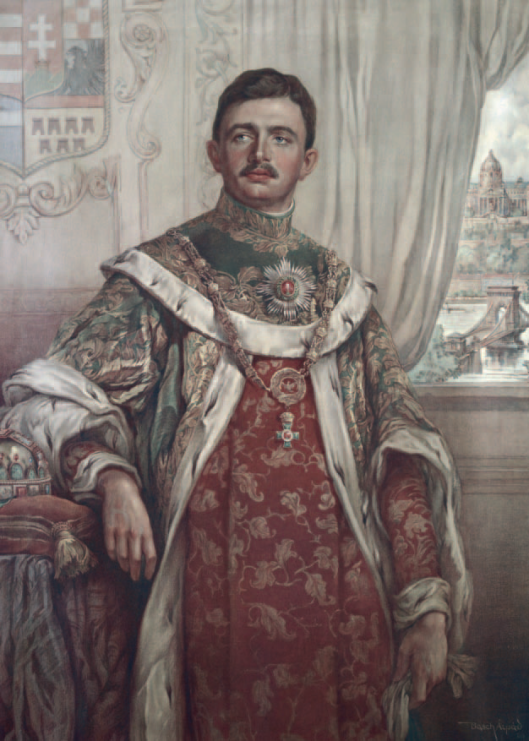 Anyone who has escaped the clutches of catastrophe knows that he basically had the help of simple people to thank, people who were not overcome by the hate, the terror, the mechanicalness of platitudes. These people withstood the propaganda and its plainly demonic insinuations. When such virtues also manifest in a leader of people, endless blessings can result… The ruler reigns not by taking but by giving life.

Each one of us, as human persons, has a deep and lasting desire for virtue. Though this desire to conform one’s life to the good might be distorted by ignorance or completely perverted by vice, it cannot be erased from the human heart. It is this insight into the life of the human person that is the foundation of our Civilization, the guiding principle of the West. And because it is forgotten again and again, pushed aside by the cares and concerns that poison our world, Divine Providence raises heroic witnesses before the community of Mankind, to remind us what each and every one of us are capable of doing. For our own age, we have been gifted with the life of an amazing hero, Karl of Austria, to embody for us the call to virtue.

The life of Blessed Karl stands in opposition to the nihilism of our current cultural decline. From his youth he formed those habits of soul which following the tradition of Aristotle we call the moral and intellectual virtues, building on the supernatural gifts of baptism, Faith, Hope, and Divine Charity. So ingrained in his person did these become that even in the most desperate crises of his life, he always acted in accord with this second nature of heroism. And like the radiant image of a stained-glass window, he illumined and inspired the lives of all around him. His constant courage maintained the morale of his soldiers, fighting for their beloved homelands on the front lines of the fratricide of the human race. His temperance encouraged the moderation which allowed his people to survive the devastating famines caused by the war’s blockade, his justice in enacting reform throughout the realm over which he ruled inspires confidence in the rule of law even to this day. And above he had the prudence to orient his life to the Love of God, in whom he had imperishable Faith and Hope, which itself has inspired a restoration of devotion that would strengthen the resolve of martyrs long after his death.

And yet perhaps nowhere is this virtue more visible than in his undying mutual friendship and love shared with his wife, Servant of God Zita of Bourbon-Parma. So integral to their common life of virtue was this beautiful relationship that we celebrate the anniversary of their wedding as the feast day of Blessed Karl. That day in 1911 he told Zita, “Now we must help each other get to Heaven,” a life-long journey through many trials and tribulations. And this virtuous love has born fruit through many subsequent generations, especially in the work of their first son Otto, who came to embody the very virtues both his father and his mother displayed in their life together.

Today we see these lives as something extraordinary, to be able to so form one’s soul to virtue that one become virtuous in his very nature seems to be reserved to a very few individuals. As a political and social community we despair of the good, we call our despondent view of human nature “realistic” and imagine that settles the question. Yet the reality is that while few of us called to act with such courage as to save an entire empire from collapse or the endurance to live in painful exile separated from our homeland and even our children, we are all called to develop those virtues in our lives, that when the extraordinary time comes, the ordinary man can live the extraordinary life of virtue that he is always meant to live. The beauty of the life of virtue as lived by Blessed Karl is, as expressed by Catholic writer Ernst Jünger in On the Marble Cliffs:

The presence of a good master reveals to us our true desires and enables us to be ourselves. His noble image lives deep in our heart because in him we first discern that of which we are capable.

The noble image of Blessed Karl is truly an icon of Our Lord Jesus Christ, who rules not by terrible violence and coercion, but by installing in the lives of the citizens of His Heavenly City the grace of True and Everlasting Life. May our lives ever conform to the life-giving rule of the Emperor of Heaven and Earth, following the example of the virtuous life of his Servant, Blessed Emperor Karl.

2 thoughts on “Blessed Karl of Austria: A Virtuous Hero for Our Age”