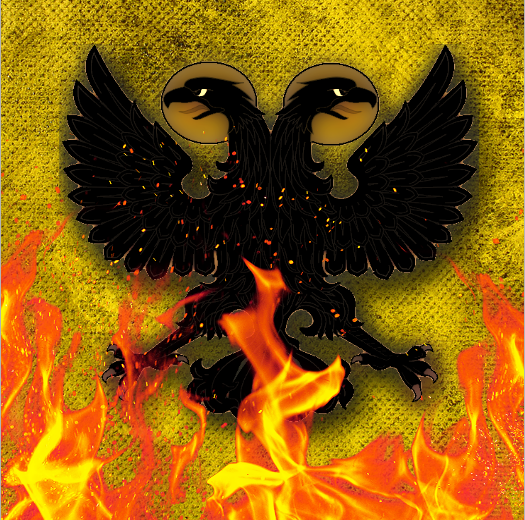 The first of these pernicious errors, widespread today, is the forgetfulness of that law of human solidarity and charity which is dictated and imposed by our common origin and by the equality of rational nature in all men, to whatever people they belong, and by the redeeming Sacrifice offered by Jesus Christ on the Altar of the Cross to His Heavenly Father on behalf of sinful mankind.

Encouraged by certain “victories”, the world is triumphantly entering a New Age of Nationalism… or so we are told in shouts of jubilation or despair. The sad truth is that the world has never left the downward spiral that is Nationalism; it has merely entered beginning the last phase, Racial Nationalism. That the world has fallen to such lowness is not surprising; such was always the Fate of the Fallen world, and yet we are not bound by that fate, but by Divine Providence alone. With God’s grace we can fight against this marring of the world.

I suppose it will be naturally expected that as head of the Restoration Movement it would be fitting for me to make some remarks regarding the recent happening in Austria, the “election”. I will make them here briefly before proceeding to more important matters. I have absolutely no sympathy for Heinz Strache, and his grotesque anti-legitimist and Identitarian antics. Norbert Hofer would do well to remember that he is a Knight of Imperial Order of Saint George, and to be fully committed to the ideals which all Knights of that Order must uphold. Whether he is to take any office or not, he should be reminded that he might only morally do so as a representative and steward of His Majesty the (provisional) Emperor Karl. To Alexander Van der Bellen, I would give the same warning of the moral danger of holding an office illegitimately. But most importantly, the Restoration Movement will continue its work till its culmination in the Coronation of the restored Holy Roman Emperor, regardless of whether the task is made more easy or more difficult by this or that politician holding this or that (legitimate or illegitimate) office.

And now to the real substance of this post. I almost entitled it, Why a Restorationist Can Never Become a Nazi; however upon reflection the reasons are almost too obvious to enumerate. No Knight of the Restoration Movement could take for himself the title and ideology of our bitterest enemies, join the legacy of the Usurper’s Unreich, and still hold himself a knight in good conscience, and not a forsworn traitor defiling the memory of his martyred comrades-in-arms. (Knight is here used by the Movement in the strictly functional sense, with no pretenses as to status in the hierarchic nobility.) Our enemies may call us Nazis- no, they will almost certainly call us Nazis and Fascists, but we must not allow our opponents to dictate to us who and what we are. If the Left hates or claims to hate the Racialist heresy, this should not lessen our own repudiation of the vice. Some of the more right-leaning writers and philosophers have already succumbed to it, and I here extend my help to them if they will take it, to bring them back from this insanity.

Granted that Racialists (racists or whatever they might be called) are still relatively few, I would remind Restorationists that we are few as well. What we can see and they do not is the vast war spanning the ages, not over some terrestrial contention, but over Mankind, waged by demonic forces (who are indiscriminate about who they want to damn, caring nothing for race or such trivial things) fighting against the Holy Trinity. All of Mankind is bound together not only “in the unity of nature which in every man is equally composed of material body and spiritual, immortal soul; in the unity of the immediate end and mission in the world; in the unity of dwelling place, the earth, of whose resources all men can by natural right avail themselves, to sustain and develop life; in the unity of the supernatural end, God Himself, to Whom all should tend; in the unity of means to secure that end…” but also in the unity of this battle for the salvation of Mankind, save for those who purposefully exclude themselves by consciously embracing the errors of the enemy. We have assurance that the Son of God has already won the final Victory, but of the battles we ourselves must fight there is uncertainty. We therefore cannot in any way risk being contaminated by such a malicious error.

There are some (thank God they are few) who would twist the very good and wholesome traditions of the honor of ancestors and respect for family into an unwholesome blood cult, perhaps unconscious of the moral danger they are in. At no time did the Sacrétemporal tradition ever condone any form of Nationalism, let alone the Racialism of which I speak. Rather the Right Order of the World was built around certain moral truths, universal in the sense that they are in accordance with the fundamental principles of the Natural Law. To these principles we shall hold firm, as we hope shall all men of good will; we shall not be swayed by heresy or by schism as are so many in these unfortunate times. With God’s Grace, We Shall Endure.

7 thoughts on “A Restorationist in the Age of Racialism” 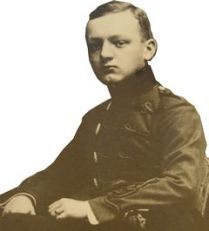