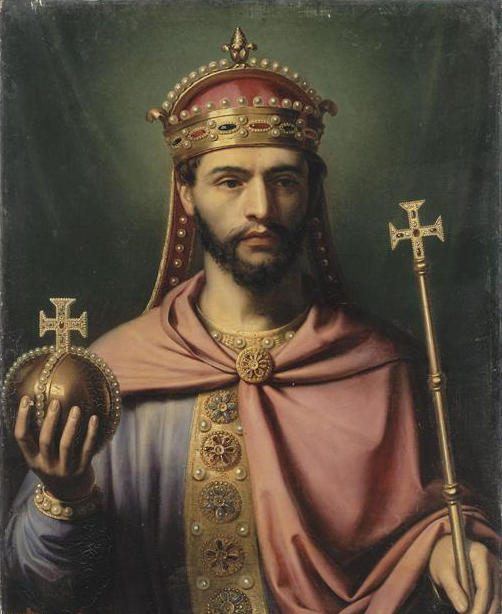 For the Frankish Princes were first Kings, then were truly declared Emperors, this to the extent that from the Roman Pontiff who for this purpose anointed them with holy oil, the title derived. Anointed in this manner by the Pontiff, Charlemagne, our great-grandfather, first of our House and lineage, abundant in piety, was rightly declared Emperor and made anointed Lord, especially when often such persons the Imperium received, who did not receive it by Divine will set forth through the Pontifical ministry, but only by the Senate and the people, these not being ordained to grant the Imperial Dignity. Some persons truly did not even have this, but were only acclaimed by soldiers and so confirmed in the Empire, likewise those who from women moreover and even in other ways received the Roman Sceptre. Further, if you accuse falsely the Roman Pontiff who confers the Imperium in this manner, would you not also accuse Samuel, who rejected Saul, whom he himself had anointed, and in his stead anointed David in Kingship?

-Louis II Emperor August of the Romans
to
Basil I King of the Greeks, styling himself Emperor

8 thoughts on “A Romano Pontifice”